Nuclearn Platform v1.4.0 is by far our biggest release yet! This release brings a lot of functionality we have been excited about for a long time to our customers. While the detailed release notes are quite extensive, there are 4 major enhancements that will interest most customers:

This release ties the Automation workflows much more closely in with our existing Dataset and Model functionality, making it even easier to deploy, maintain, monitor, and audit CAP Screening Automations. Additionally, the functionality added in this release makes it very easy to apply Nuclearn’s Workflow Automation to other processes beyond CAP Screening!

Improvements to Dataset and Dataset Analytics

v1.4.0 brings many new user experiences and stability enhancements to the Dataset and Dataset Analytics feature added in 1.3. These include a far more intuitive user interface, progress bars for monitoring the status of long-running scoring jobs, more flexible analytic options, and numerous bug fixes. These enhancements should make using Datasets for INPO Evaluation Readiness Assessments or Continuous Monitoring even easier!

Beyond the most notable items already listed, there are even more miscellaneous enhancements and bug fixes. Additional details can be found in the detailed release notes below. 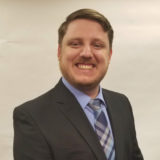